Despite being a commercial city, Kochi is known to have a rich tradition of music. It has given birth to several musicians and some of them have even made it to the top. No wonder. A fertile soil will certainly produce good crop. That is to say, it is the abundance of music lovers here that make music flourish so well. Edappally is no exception to the rule. The Edappally Sangeetha Sadas is thus a product of intrinsic evolution.

It happened a little after Changampuzha Samskarika Kendram was born when the artistic fervour of Edappally reached a high pitch. There was a felt need to savour good music programmes regularly. An organization with an institutional framework was the answer. Thus Edappally Sangeetha Sadas was born and it was registered under the Charitable Societies Act in 2004. The inaugural concert was held on 15 November 2004 which is traditionally observed as Muthaiaha Bhagavatar Day.

Mr B. Rajagopala Menon is the President and Mr.K.Madhavan Pillai is the Treasurer. Mr P.R. Nair continues as the Secretary.

Today Edappally Sangeetha Sadas has a creditable membership of 1820 and it keeps rising. Because of such overwhelming support from the votaries of the art the Sangeetha Sadas is able to present 30 programmes every month and the total number of programmes conducted so far is 430 . This is a record which has earned it the prestigious KELI PURASKARAM instituted by Kerala Sangeet Natak Academy.

The Annual Music festival starting on 15 th November attracts rasikas from far off places ,when top artists from south India perform here .Most of the top artists of Carnatic Music have performed here and all have appreciated the ambience and the response of the audience here.

As a mark of respectful homage to Neyyatinkara Vasudevan, one of the contemporary musical greats, who passed away in 2008, the Sangeetha Sadas has instituted an endowment fund in his name. The amount generated by the fund will be used to give an award every year to a deserving musician selected by a jury .We have given this award to 11 musicians so far. 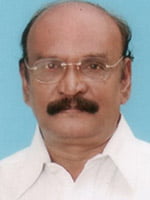 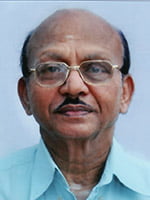 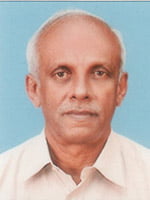