Where art & culture an immortal passion

The Changapuzha Samskarika Kendram (CSK), a haven of true lovers of art and culture in the ever growing Edappally is located in a two acre public park, named after Kerala’s greatest ever romantic poet, the late Changampuzha Krishna Pillai. The park serves as a living monument to the evergreen memory of the late poet who had spent most of his creative years in the area.

Edappally can also genuinely boast of the proud legacies of a host of its illustrious sons, including Poet Edappally Raghavan Pillai, historian K.P. Padmanabha Menon and Bharat P.J. Antony, Edappally Karunakara Menon and several others.

CSK has over the years emerged as one of the most vibrant cultural hubs within the Greater Cochin area. The beautifully laid-out Changampuzha park is popular among children, elderly persons and others. It serves as an ideal venue for several art and cultural programmes of importance.

The genesis of this Kendra dates back to 1997, thanks to the zeal and commitment of some true lovers of art and culture. CSK’s avowed objective is promotion of the unique cultural heritage of the country in General and Kerala in particular. Started with a few members at the beginning, CSK has 1891 life members, 16 institutional members, and three organisational members on its rolls now.

While fostering all art forms special emphasis is given to revival and development of Kerala’s glorious heritage in literature, music, kathakali, dance, painting, sculpture etc without any commercial motive.

CSK is registered under the Charitable and Cultural Societies Act and is governed by a 32-member executive committee elected for a three-year term. The committee is composed of prominent personalities from various walks of life.

Mr. K. Balachandran (Former Mayor of Kochi and former Chairman of GCDA) continues at the helm of affairs of CSK, helping it to develop and grow to ever greater heights. Dr. Mohan Bose is the present Secretary and Mr. Joseph Souhardan Treasurer. M.P.of Ernakulam constituency, M.L.A of Thrikkakara constituency, District Collector, Kochi Mayor, Chairperson and Secretary of G.C.D.A are permanent invitees to the committee.

The executive committee (EC) of CSK is basically responsible for getting many of the functions carried out through various sector-wise units formed under its auspices. It lays down policy guidelines, coordinates activities of different wings, and extends financial assistance and advice where ever necessary. Apart from this, the committee has an enviable track record of organising several commemorative meetings, honouring men of letters and instituting endowments in memory of eminent artistes.

Some of the sector-wise units under the umbrella of CSK are registered separately and have their own managing committees (MCs). Prominent among these are Edappally Kathakali Aswadaka Sadas, Edappally Sangeetha Sadas, Edappally Senior Citizens Forum and Edappally Nruthaswadaka Sadas. These units are the brain children of the Chairman Mr. K. Balachandran, who shaped the centre as a park of culture.

The vibrant activities of these constituents have earned CSK a pride of place in the art-and-cultural map of Kerala.

No rental is charged from any of the parties either for the stages ( One open air and the other with roof), lighting arrangements, or sound systems. CSK even allows free use of its 700 odd chairs and other facilities including generator.

These impeccable facilities available to conduct programmes even in foul weather and an assured receptive audience always make CSK now the preferred destination of art lovers and event managers far and wide. 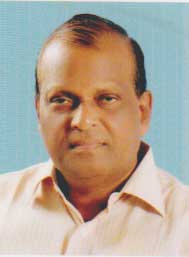 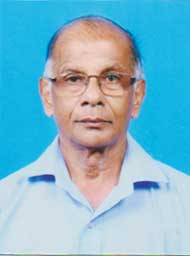 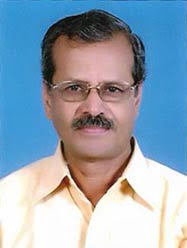